I left at 6:30 AM for my teaching job last Thursday with a tiny tickle in my throat. I arrived home at 9:00 PM with a 101 degree fever and all kinds of aches and pains. I pretty much stayed in bed for the next 72 hours, and have now emerged a new man (I hope).

Of course this was only possible with a Mrs. Curley who held everything and everyone together over the weekend. I was not the only one feeling poorly.

My theory in getting over sickness (if you can't just ignore it) is to stay in bed until you can't stand it anymore. At that point, you should be cured.


Oremus pro invicem!
Posted by Jim Curley at 6:15 AM 2 comments: 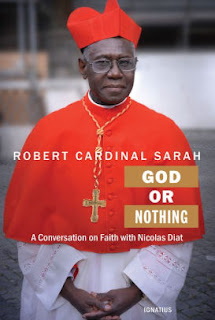 I have been reading this interview (God or Nothing, Ignatius Press) with Cardinal Sarah off and on for a few months now. I am finally getting close to the finish.

After this, I think Cardinal Sarah's book on silence should be on my list. A couple of passages I found this weekend on which I would like to report:

Listen, this is how great your confidence should be! It should make you believe purgatory is not made for you but only for the souls that failed to recognize God's merciful love or who doubted its power to purify. With those who strive to respond to this love, Jesus is 'blind' and 'does not count' [their sins], or rather, in order to purify them, he counts only on this fire of charity that 'covers all faults' and, especially, on the fruits of his perpetual Sacrifice. Yes, despite your little infidelities, you can hope to go straight to heaven, because the good Lord desires it even more than you do, and he will surely give you what you have hoped to receive of his Mercy. Your confidence and your resignation are what he will reward; his justice, which knows your frailty has been divinely arranged so as to achieve this. As you rely on this assurance, just make sure even more that he does not lose any love!

Of course, relying on these lines may lead to complacency and presumption.
And from Pope Paul VI's "smoke of Satan" homily, comes the following:

Science exists to give us truths that do not separate from God, but make us seek him all the more and celebrate him with greater intensity ....

Pope Paul VI goes on to comment on how this purpose has been turned on its head.
It is good to reflect once more as an instructor in Physics what the purpose is of what I teach.
Oremus pro invicem!
Posted by Jim Curley at 8:30 AM 2 comments:

And I highly recommend ....

.... is another man's meal.
Around here, pigweed is a scourge. Supposedly imported with turkey litter for fertilizer from somewhere, it now infests many a field during the growing season. It is prolific and aggressive. A garden or an acre of peanuts can be overgrown with pigweeds in a matter of days if you are not vigilant.
A perennial, you can't just plow it under. You need to hand pick it and move it. Some farmers used to use pesticides to rid their fields of it, but it has become resistant.
We have fought the pigweed in our small gardens (seeds carried from neighboring fields) and more intensively when we leased several acres to grow peanuts or sorghum.
A few years ago we were helping cut down some trees at the Missionaries of the Poor house in North Carolina, when I noticed they were growing pigweed in their garden on purpose!
Sure enough, Amaranth is grown for food around the world. Here's more proof from my own pantry. 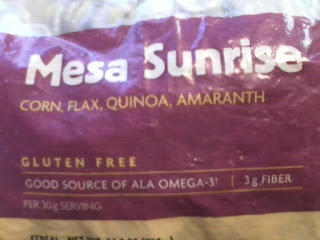 We actually have fed pigweed removed from the garden to our pigs, and they eat it up. But I don't think I will be growing it for our consumption any time soon....

Posted by Jim Curley at 8:12 AM No comments:

I finished Out of the Ashes the other day. Regular readers here know I am huge fan of Anthony Esolen. Perhaps my coolness to the current effort has more to do with what I need rather than what Mr. Esolen has to offer. 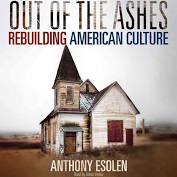 As always he writes very well. His writing is always a delight to read. However, at times (in Out of the Ashes) he seemed to have so much to say that he didn't know how to say it briefly, so uses examples that don't clearly cover the problem.
And this is another problem. The book is subtitled "Rebuilding American Culture", but Mr. Esolen spends so much time defining the problems, he neglects how to rebuild, other than 'don't continue the problem.'
Perhaps this was it for me. I read for enjoyment and to learn; the enjoyment was there, but in this case, I thoroughly know the problems already. I have been struggling in my own way to rebuild culture at least in my family and among my friends. I wanted a different perspective.
However, I DO recommend the book. This is not meant to be a negative review, just that my personal expectations were not met - I am sure Mr. Esolen did not write the book to satisfy me. But take a look, for example:


The progressives of old had a clear idea of what they thought would bring about their earthly paradise: the dictatorship of the proletariat, the emancipation of women, the elimination of monarchy and its replacement with democracy, universal education, and so on. None of their nostrums has delivered on its promise, and some have had the perverse effect of rotting away the foundation upon which their suppositions of beneficence were based. So it is that democratic machinery without the soul of democracy has produced a far more intrusive and liberty-crushing state than anything that the proudest monarch could have imagined-or wished, since such a constant political preoccupation would have left no time for boar hunting or chasing women. So it is that universal schooling has not brought Milton to the millions, but rather has taken Milton away from the brightest and replaced him with "young adult" junk. So it is that women have been emancipated from the freedom of the home and chained to salaried work and lives of relative loneliness.

Here are two of my favorite Christmas presents:

From my youngest daughter. 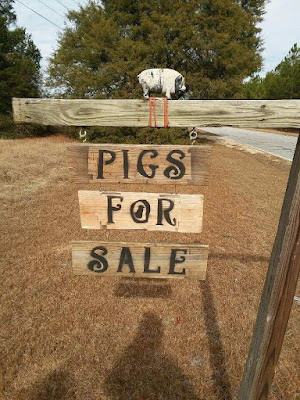 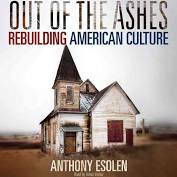 Finally, in an act of total vanity, I present a picture I came across of my self from a student ID in 1986 when I was in graduate school. Never looked as good again... 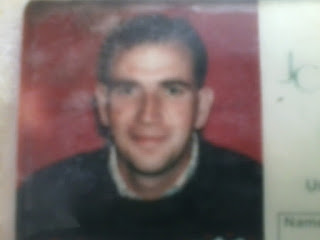 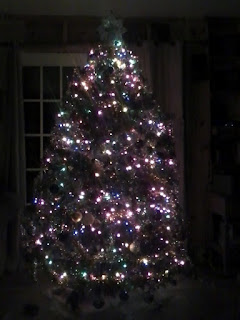 It has been a long time (December 13) since my last post-but much has happened!

As usual, I post a picture of our tree, not quite as big as in the past, but it looks the same when fully decorated.

Most of the children were home for Christmas, but two didn't make it. I guess that's what happens when they get older, live far away, and/or get married.

We wanted to go Christmas caroling on the vigil, but had been bogged down with nagging colds for a few weeks. We did go to Midnight Mass at St. Peter in Cheraw - the only one at midnight within 90 minutes.

With little ones in the house again. it was a challenge.

I do want to recommend a new blog: CountryWillAlwaysBeHome . Disclaimer: it is my son's, but check it out. He has some things to say.