Chris Tollefsen has a new piece up at Public Discourse entitled In the Cave: How Automation Changes the Way We Interact with Our World.


Of course being a semi-Luddite (not that Dr. Tollefsen is endorsing Ludditism - you should read the article to get his views) this is a topic close to my heart.
When I did a lot of woodworking in days past, I would always master a technique or task with hand tools before I tried it with (or even bought) the corresponding power tool. This helped me understand the work I was doing better. I don't decry all power tools, but the understanding helps the craftsman be better craftsman with either types of tool.
Likewise as a adjunct science instructor, I daily see how calculators have dumbed the student. I think using calculators are fine. They are a tool to help speed calculations. However, I see many students who can't do the calculations (even simple +, -, x, /) by hand. They don't understand the operations. Here they are in college taking Physics and don't have a clue about the distributive property.
I ran into something similar this week teaching a Physics lab. The data was to be graphed and the experimental value for g to be gleamed from the slope of the two graphs. Those who knew how to use EXCEL were okay. They knew that they just plug in data points and the computer would spit out a plot, a best fit line, and a slope. The few who didn't know or have access to EXCEL were worried. None of them really understand graphs and the significance of the slopes to the data.
I could go on an show how pre-automation farmers were NEVER overweight. Farms were smaller then, and each could only feed a small amount of the population-so efficiency is up with today's big-Ag. But we have lost more than thin farmers. We have lost a sense of sharing, responsibility, smallness, shared dependence, and much more.
But most importantly I would decry how automation has and is destroying our culture and communities.

In effect automation has allowed us to spend more of our time making and spending money-but not working, living, and doing things together.

Some may argue that these are choices we make-true to some extent, but not entirely, and not fairly.

This automation economy is set up so that if you want to survive in anything but squalor, you must have certain things and maintain them. This acquiring and maintenance occupies an inordinate amount of time over what we really need for a life of simple comfort.

The more things are done FOR us instead of BY us, the less we actually are capable of doing for ourselves. We didn't move to the homestead to be some kind of survivalists or "preppers". We really wanted a fuller life and a place where our children (and us) could learn to do some things for themselves, which in the past were "just taken care of".

So raising, slaughtering and butchering our own meat takes some time, but it is enjoyable and a social event. And the results are more satisfying in taste, health, and again in social time. It may not be efficient, but it is FULL.

Group singing-entertaining ourselves with friends is more satisfying than BEING entertained. However, it takes more effort-and that is the rub.

Not all these examples may fall under "automation", but they are close. Much more to write about, but my totally non-automated homestead is calling for me!

Posted by Jim Curley at 7:27 AM No comments: 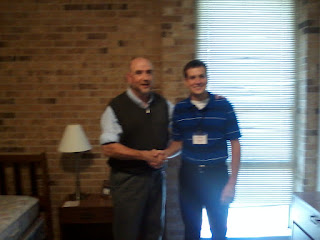 (Farewell, that is, to son Matthew at Holy Trinity Seminary at University of Dallas.)

On our way back from Texas (dropping Matthew at Holy Trinity Seminary at UD) we stopped at Vicksburg, MS. The campaign to take Vicksburg lasted almost 2 months. There is a National Military Park at the site of the battle. There are numerous (and I mean numerous) memorials for every Union regiment and company which took part in the battle. There are NO Confederate memorials in the park. All the casualties there were Americans.


The remains of the Union metal-clad Cairo is at the park and was very interesting. 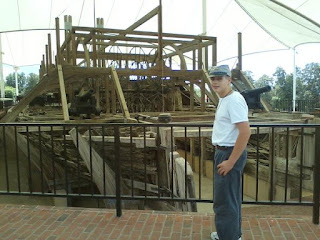