So here it is on my 22nd wedding anniversary and what am I doing? Killing a hog!  I married well!

Picked our first pumpkins today. We have a bunch, and some are huge. However I am fearful about them making it. This year we had no squash bugs on our zucchini, but it looks like they've found the pumpkins at this late date. I am hoping for the best.

Anyhow, pictured below are 3 pumpkins we picked today. These are the baking kind. We do have a patch of the "jack-o-lantern kind also, but we mostly planted these from last years' seeds. I believe the largest would weigh between 30 and 40 pounds. There are some even larger ones out there-some so large I can hardly believe it. 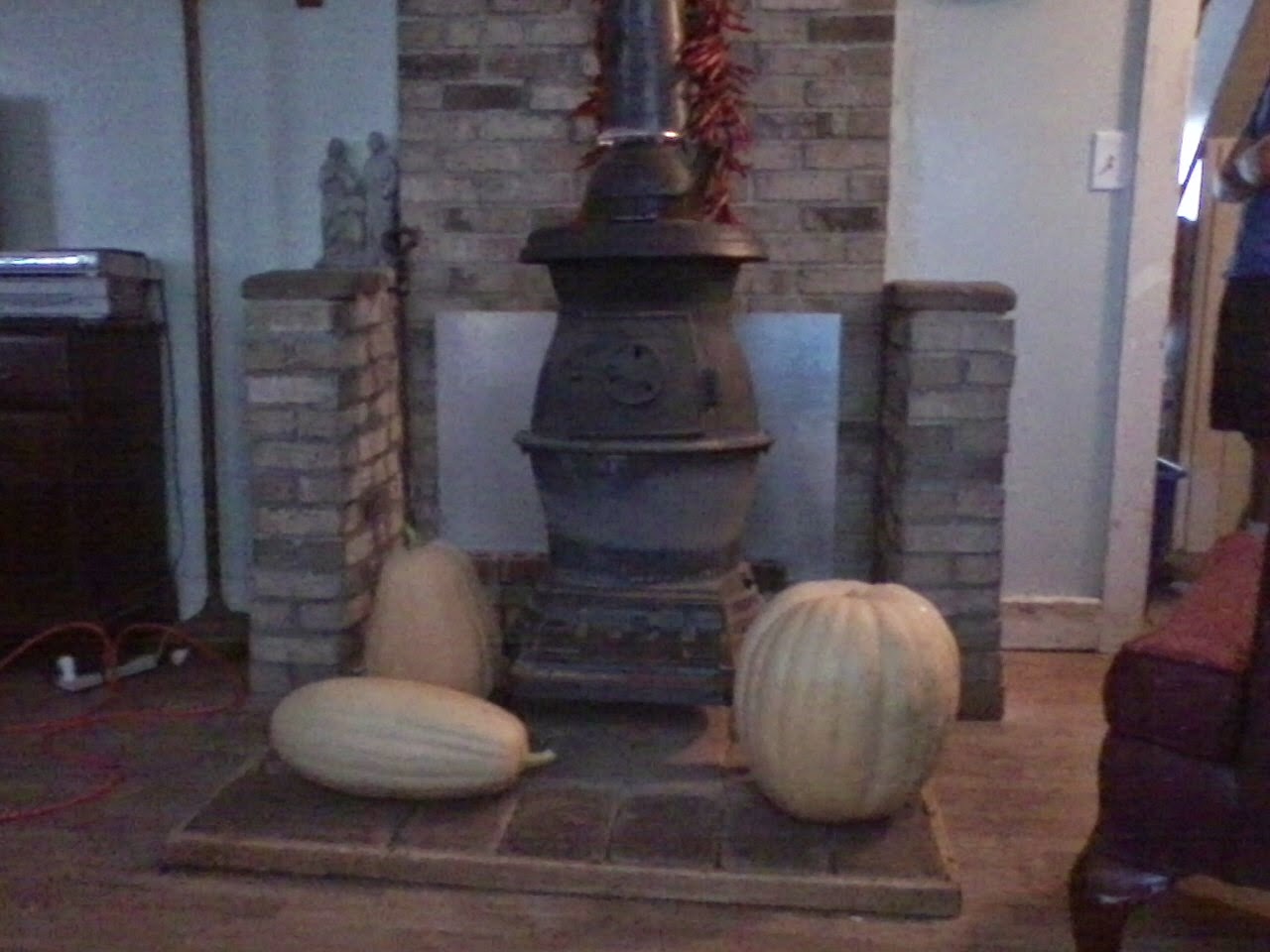 We like pumpkins, not just for ourselves, but the seeds are a great natural wormer for livestock and the pumpkin itself is highly enjoyed by the pigs.

Also in the picture note the drying cayenne peppers strung on the stove pipe. We had a bumper crop and probably won't even plant them again for a couple years. After dry, we grind the peppers and store them to add to sausage, etc.

On this feast of the Queenship of Mary - Oremus pro invicem!
Posted by Jim Curley at 6:38 PM No comments:

Canoeing down the Lynches River

Update: We actually took only one picture on this trip as we were too busy working the river. However, here is the picture. It is Nick preparing supper riverside. (Its not that great, taken with my stupid-phone.) 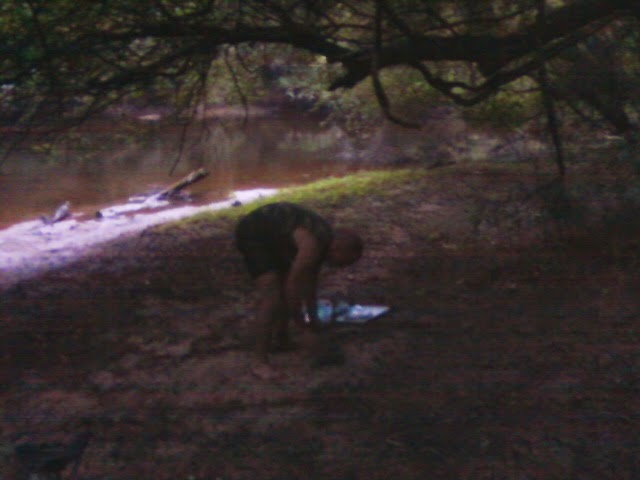 My oldest son, Nick bought a used aluminum canoe this summer. He went 43 miles down the Wateree River with Connor in about 10 hours (overnight trip). He went 45 miles down the Congaree River with Matthew in about the same time. It took Nick and I 8 hours to go 15.5 miles down the Lynches River-and it didn't take so long because I am now an "old man". Basically we encountered 20-25 if not more log jam blockages like the one pictured below (not our picture). 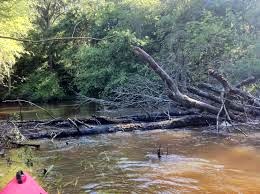 We got on the river at Highway 15 landing at about 6:00 PM on Thursday night. We paddled for about 2 hours and then found a campsite for the night. It is lucky we didn't move on, it was probably the best looking campsite we encountered the entire trip. I hadn't been on a river in almost 30 years, but there are some things you never forget how to do. I manned the back of the canoe and Nick was the lookout. The log jams came immediately. We either had to lift the canoe over, portage, or do gymnastics with the canoe and our bodies to get by these obstacles.
In days gone by, cotton was floated down the Lynches River to Charleston (via the Great Pee ). I have to imagine that they must have had river clearing crews keeping the Lynches clear. Nothing like this today. I wonder how much SCDNR would pay me to go down the Lynches with a chainsaw and cut channels.
So we camped for the night riverside. Nick cooked us a rice, cheese and sausage meal. Very tasty and filling. The student became the teacher. Nick made all the decisions on the trip and made the calls on how to get around the jams. (I did veto one of his ideas once when there was a clearly better option.)
On day two, early out, I saw a head or eyes moving perpendicular to the river. Once we got close, the gator dove to the depths. The river level varied from over 6 feet to less than a foot. Certainly if the river had been 8 inches higher, some of the log jams could have been passed easily. On the other hand, a few would have been more difficult, if not impossible, to navigate under with higher water.
There were times we had to go to the left bank to avoid a tree and then immediately go to the right bank to avoid the next obstacle, in a matter of feet. A few times we went under a log and had to lay flat to get under. Once when we were stuck on a log, Nick was under some branches. He cried "wasp!" and dove into the water. I asked him why he dove out of the boat just because of one wasp. He told me there were many! He had swatted at the wasp right under its nest in the branches and 10 or more attacked him. When I saw the nest (being still in the boat) I told him to drag me out of there!
Earlier we had just gotten around an obstacle where the current was pretty strong and we got slammed into another jam. It knocked me right out of the canoe, with Nick to follow. The canoe filled with water. We managed to get the canoe over to a small sand bar in the middle of the river and empty the water. It was actually refreshing. In fact the most boring part of the trip was toward the end when we actually had some 15 minute stretches with no obstacles.
By the time we hit the boat landing at 401, my back and bad shoulder were on the way out-me being an old man.
The whole time on the river we only saw 1 other person-a man by the river bank-probably on his own property. We saw (and in fact followed down the river) 4 of what appeared to be snowy egrets. Nick saw a bald eagle, but I missed it. No snakes, no wild boar, and just the one gater-and oh yes, wasps!
I am so glad Nick bought this canoe. The trip was fun and very challenging-a great way to end Nick's summer as he goes back to Wyoming Catholic next week.
Oremus pro invicem!
Posted by Jim Curley at 7:23 PM 4 comments:

I mentioned a few post down about the fabulous cantaloupes we've been blessed with this year. Just to give you an idea: And they are all sweet.