Got this book in the mail today. I was inspired by this review by my favorite editor. 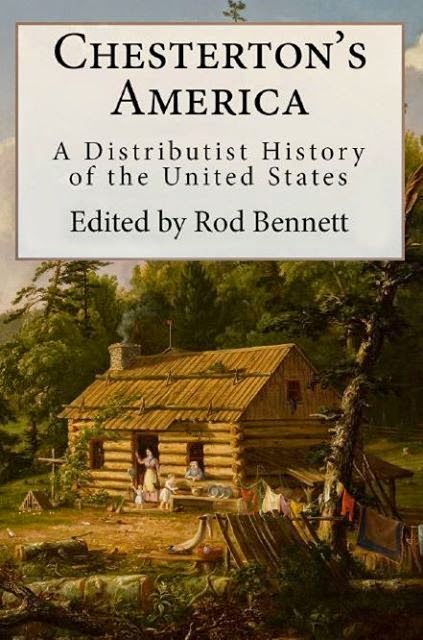 Can't wait to get started ... and by the way the Chesterton in the title is not GK, but his brother Cecil.
On another note, we picked 9 gallons of blueberries today in Chesterfield. These should last us a little while.

The annual precipitation in Bethune, SC is quoted (and has been quoted to me) at 45 inches per year. First, that measurement is actually for Bishopville, SC-which 19 miles south of here, and Bishopville always gets more than us. But you can't tell some people some things.
Typically, we watch rain clouds pass over our fields, cross the road and let go over the Lynches river about 1/2 mile away.
That being said, we finally got some rain today. It has been quite a while. Our cantaloupe was just about burned up. We have already lost our first two plantings of sweet corn. Actually, we picked enough small ears today between showers for one meal! One meal, I am grateful for.
We have one small patch left of sweet corn, with the rain today, may still have a chance to make.


**********************
﻿
Yesterday, the AC was in trouble at the house. We called our regular AC tech and they sent someone down. The tech checked a few things and then disappeared under the house. 45 minutes later he was still under there. My youngest son checked on him and came back chuckling: "He's asleep!" But Mrs. Curley wasn't so sure. She called me (I was working off homestead yesterday) and I told her if he wouldn't wake up, she needed to call 911 (it has been in the low 100's all week.)
He wouldn't respond so she called 911. 911 told Mrs. Curley to have someone pull him out from under the house. Number 2 son showed up and proceeded to do so .... This woke him up! I guess he was alright after all.

This should last us until cooler weather.

The world seems pretty crazy these days. May the Lord have mercy on us!

The   Deliberate Agrarian writes a few days ago in an essay commenting on the saying "Freedom isn't free":


If our military, under the direction of whoever directs them (ostensibly, the President), were defending the personal freedoms of Americans, through various military actions all over the world, especially in recent years, then why am I less free that I’ve ever been?

I find myself asking the same question.


Oremus pro invicem!
Posted by Jim Curley at 6:00 AM No comments:

As mentioned a few posts ago, we had a great time over here on my 50th celebration. Amazingly 6 of us (out of 12) were able to be here. It was great to see so many friends and family. Here's the group shot of us siblings.
I am so blessed to have such family and friends. 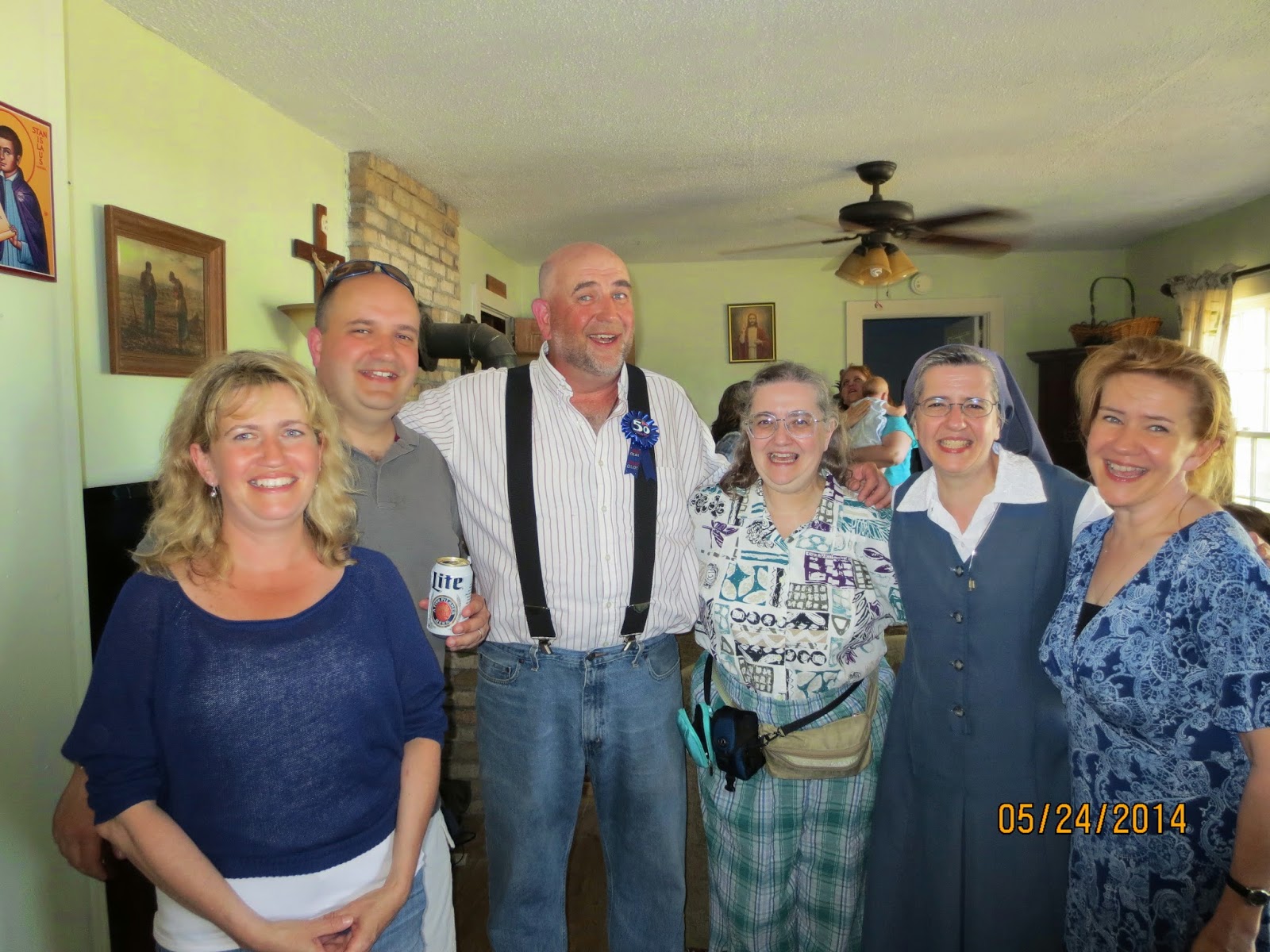 It struck me that this picture has some Catholic features: We have a picture of the Sacred Heart, a Crucifix, the Angelus, an icon of St. Stanislaus Koska, a nun, a beer, and (in the background) a baby!
﻿
Oremus pro invicem!
Posted by Jim Curley at 1:43 PM No comments:

Finished planting the sweet sorghum today. Working on keeping the acre of peanuts hoed.
My zucchini plants are big and beautiful-but no flowers. Can't figure that one out. The ground is rich, but no livestock has been on it for a year.
Good to have the boys home from college for the summer even if we don't see them much because of their jobs. We joke that they seem like they lost some smarts in the past year-but in reality I am impressed by their confidence and knowledge. (Thanks Wyoming Catholic & College of St. Mary Magdalen - NH).
********


Recently I finished reading (again) Dietrich Von Hildebrand's book on marriage (Marriage - the mystery of Faithful Love [Sophia Institute Press]). One of the theses: the primary end of marriage is procreation, but the primary meaning of is love.
Some consequences to this; one of which, interestingly enough, (this book originally published in 1929 in Germany) gives a concise but powerful reason for one to understand why homosexual marriage is impossible. Here's some excerpts from this section (Note, it is not all about sex and biology, but more about the spirit):
The special character of conjugal love is, furthermore, marked by the fact that this love can only come into being, between men and women and not between persons of the same sex, as is the case with friendship, parental love, or filial love.
It would be quite wrong, however, to reduce this characteristic to the sexual sphere and to say that conjugal love is just friendship plus sexual relations, presupposing a difference of sex. It would be incredibly superficial to consider as a mere biological difference the distinction between man and woman, which really shows us two complementary types of the spiritual person of the human species.
Certainly, man and woman have ultimately but one task, "to be reborn in Christ," and to glorify God by their sanctity. Yet man and woman represent two different types of mankind, both having their respective significance according to the divine plan, and their special value quite apart from their procreative function. .......
... At any rate, for the human species this difference represents two manifestations of. the person, analogous - if this comparison be admissible - to the various religious orders, which although they are identical in their aim, represent different ways in the imitation of Christ. These two types, man and woman, have a unique capacity for complementing each other. Their meaning for one another is something quite unique. They are made one for the other in a special way, and they can, purely as spiritual persons, form a unity in which they reciprocally complement one another. Marital love - involving the gift of one's own person, whose decisive character is that the partners form a couple, an I-thou communion, in which the whole personality of the beloved is grasped mysteriously as a unity in spite of all outer obstacles - can exist only between two types of the spiritual person, the male and the female, as only between them can this complementary character be found.
Oremus pro invicem!
Posted by Jim Curley at 1:54 PM No comments: